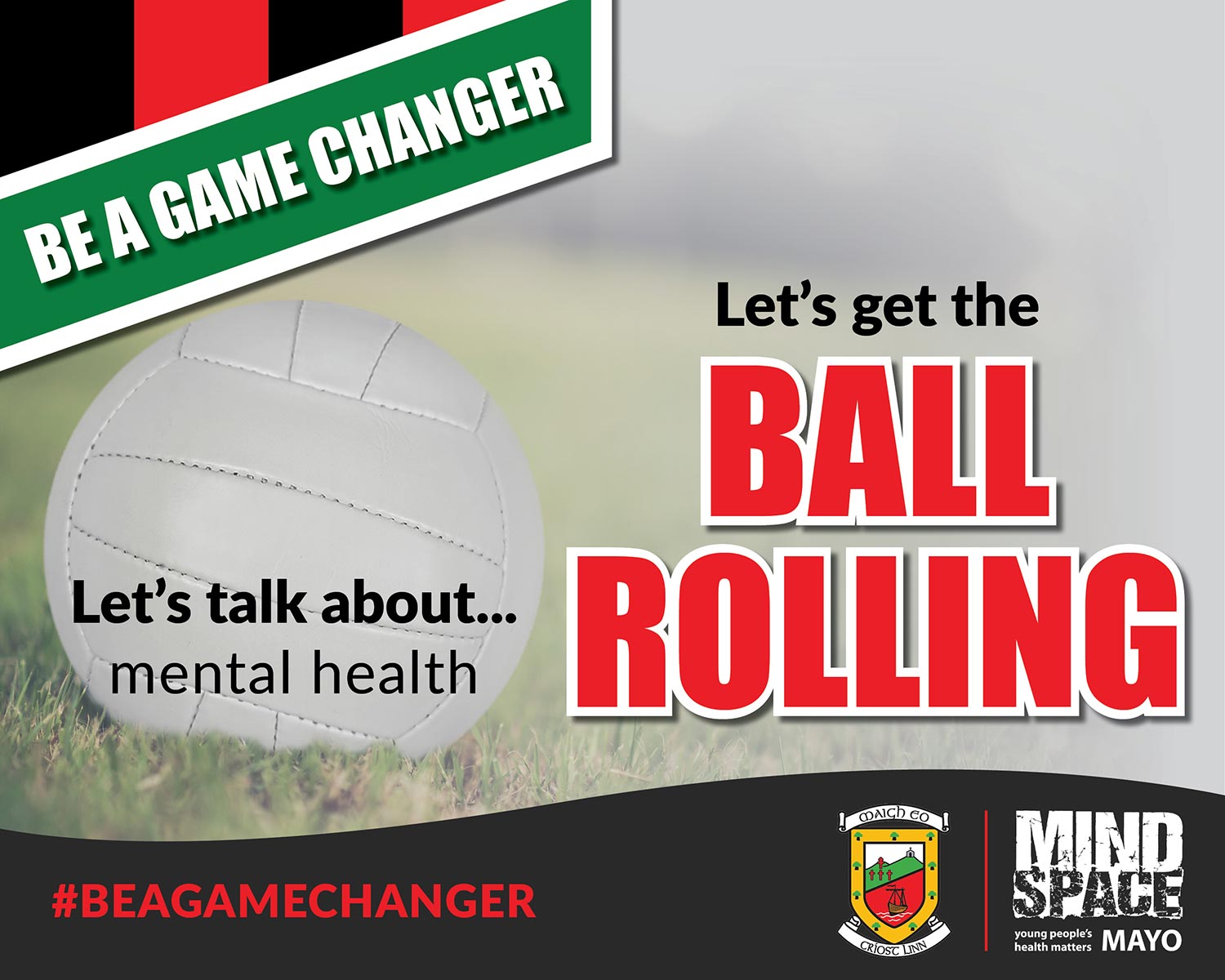 Mindspace Mayo has launched a campaign encouraging Mayo GAA supporters to take a proactive approach to look after their mental health.

One in four people will experience a mental health problem, there is still a stigma which discourages people, especially men, from talking about it. While many great steps have been taken to address the taboo and encourage conversations surrounding men’s mental health, there is still work to be done. In 2021, 302 men died by suicide in Ireland and it is the leading cause of death in men aged between 15 and 29.

Stress, anxiety and depression are the most common mental health problems, often accompanied by physical symptoms such as difficulty sleeping, muscle tension and headaches. Exercise and talking are both proven to help so we want to help men, and their family and friends, by giving them the tools to improve their own mental wellbeing. 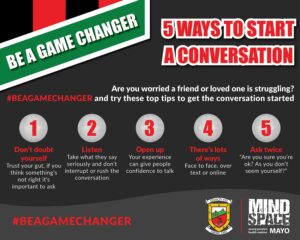 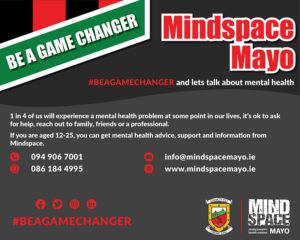 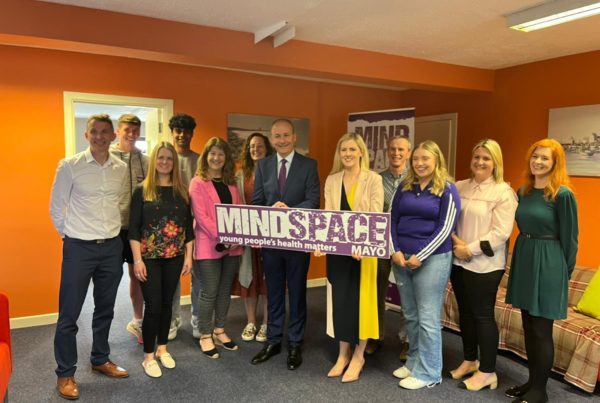 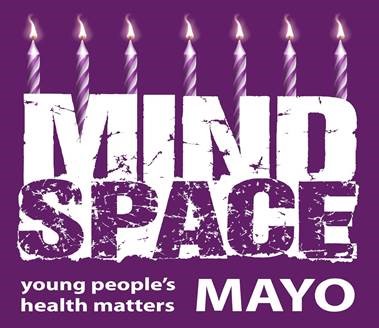 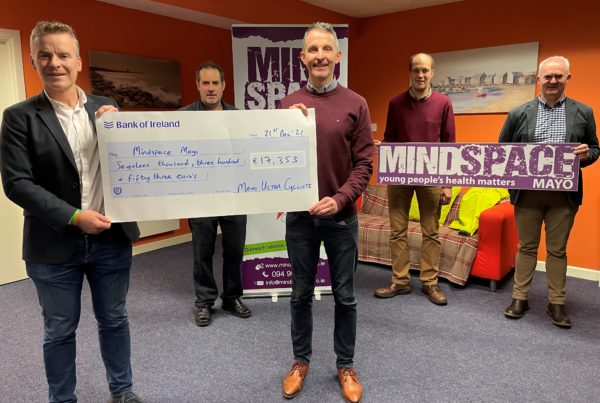